Crowmoor Primary and Nursery school in Shrewsbury is the first school in Shropshire to be awarded the prestigious Gold Award by Unicef UK’s Rights Respecting School programme.

Unicef is the world’s leading organisation working for children and their rights. The Rights Respecting Schools Award is granted to schools that show commitment to promoting and realising children’s rights and encouraging adults, children and young people to respect the rights of others in school. Gold is the highest accolade given by Unicef UK and shows a deep and thorough commitment to children’s rights at all levels of school life. There are over 400 schools across England, Scotland, Northern Ireland and Wales that have received Gold.

Headteacher of Crowmoor Primary School and Nursery, Alan Parkhurst, said: We are so proud the school has received the Gold Award from Unicef UK, it means so much to the staff and pupils that all their hard work and commitment to the ideals of the United Nations’ Convention on the Rights of the Child has been formally recognised. Respecting each other is central to our ethos at Crowmoor and encouraging the children to become independent and responsible global citizens is a central part of the School’s curriculum. The Year 6 pupils are expected to serve as prefects and we hold annual pupil elections for our Head Boy and Girl. Pupil Voice matters and our classes elect two representatives each to the School’s Council. We are really pleased to be in the vanguard for children’s rights in Shropshire.”

Mr Parkhurst was especially pleased by the reaction of the Director of Shropshire Children’s Services, Karen Bradshaw on hearing of the Award Karen wrote to the School saying:

“I know that the focus on equality, dignity, respect, non-discrimination and participation is central to the culture that you promote at Crowmoor Primary School. I am also aware that a school only achieves the Gold Award when the values and UNICEF Rights Respecting Framework are fully embedded in the policies and practices of that school and where this has a positive impact on the pupils ….

The Award recognises achievement in putting the United Nations Convention on the Rights of the Child at the heart of a school’s planning, policies and practice. A Rights Respecting School is a community where children’s rights are learned, taught, practised, respected, protected and promoted. Unicef UK Rights Respecting Schools Programme Director, Frances Bestley, said: “Children at Crowmoor Primary School and Nursery understand and are strongly committed to children’s rights. They are listened to, participate fully in school life and have a strong understanding of the wider world. It is clear that the school’s rights respecting work has created positive and empowering learning environment for all and we are very pleased to be awarding them Gold: Rights Respecting, the highest level granted by the Rights Respecting Schools Award.”

The Unicef UK Rights Respecting Schools initiative is aimed at schools across the UK, including those in an early years setting. This year the programme has received additional support from The People’s Postcode Lottery. This vital funding is helping Unicef UK continue its work with over 4500 primary schools, secondary schools, schools for children and young people with special educational needs and pupil referral units across England, Northern Ireland, Scotland and Wales. Schools have reported a positive impact on pupil behaviour, relationships and well-being by enhancing pupil’s self-esteem, leading to less truancy and bullying, better learning and improved academic standards.

Unicef works with schools in the UK to create safe and inspiring places to learn, where children are respected, their talents are nurtured and they are able to thrive. Our Rights Respecting Schools Award embeds these values in daily school life and gives children the best chance to lead happy, healthy lives and to be responsible, active citizens.

Using the UN Convention on the Rights of the Child (CRC) as our guide, we are working with more UK schools than almost any other organisation. 1.6 million children in the UK go to a Rights Respecting School and more than 4,500 schools up and down the country are working towards the Award.

About Crowmoor Primary School and Nursery

The School is rated as Good by OFTED, most recently being inspected in 2017.It serves a diverse community in Shrewsbury, being in one of the more economically disadvantaged areas in Shropshire. Because of this it was a pilot for two-year old nursery provision which was sponsored by the DFE and it also has a Local Authority maintained three year old nursery class. It is host to a Shropshire Council Family Hub confirming it’s place as a whole community resource, at the heart of the Monkmoor Community.

It has 256 pupils, having grown by nearly a 100 pupils in the last decade, now being full in most year groups. It’s broad and balanced curriculum has also seen it gain gold in the national School Sports Award for the past three years and it was last month awarded a Silver Arts Mark.

Unicef is the world’s leading organisation for children, promoting the rights and wellbeing of every child, in everything we do. Together with our partners, we work in 190 countries and territories to translate that commitment into practical action, focusing special effort on reaching the most vulnerable and excluded children, to the benefit of all children, everywhere.

Unicef UK raises funds to protect children in danger, transform their lives and build a safer world for tomorrow’s children. As a registered charity we raise funds through donations from individuals, organisations and companies and we lobby and campaign to keep children safe. Unicef UK also runs programmes in schools, hospitals and with local authorities in the UK. For more information please visit unicef.org.uk. 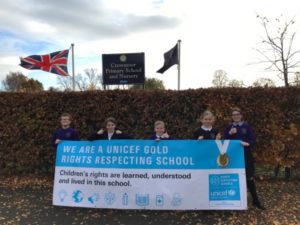 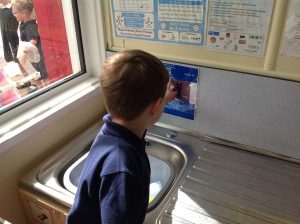 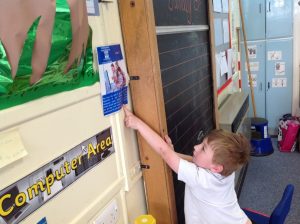 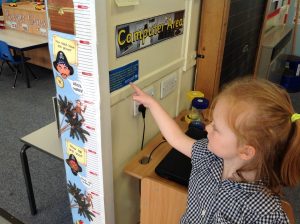 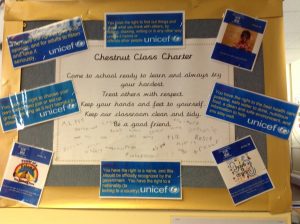 Our head welcomes you, read more about our ethos and values.

Find out about our curriculum, exciting school trips and more!

Teachers, parents, governors and children all make our school what it is. Find out who’s who.

This website uses cookies to improve your experience while you navigate through the website. Out of these, the cookies that are categorized as necessary are stored on your browser as they are essential for the working of basic functionalities of the website. We also use third-party cookies that help us analyze and understand how you use this website. These cookies will be stored in your browser only with your consent. You also have the option to opt-out of these cookies. But opting out of some of these cookies may affect your browsing experience.
Necessary Always Enabled
Necessary cookies are absolutely essential for the website to function properly. This category only includes cookies that ensures basic functionalities and security features of the website. These cookies do not store any personal information.
Non-necessary
Any cookies that may not be particularly necessary for the website to function and is used specifically to collect user personal data via analytics, ads, other embedded contents are termed as non-necessary cookies. It is mandatory to procure user consent prior to running these cookies on your website.
SAVE & ACCEPT